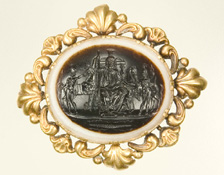 To Hell! A Journey into the Ancient Underworld

What comes after death? People have forever posed this fundamental question without receiving a reliable answer. In Western traditions of Christianity, the end of earthly life is followed by heaven and hell as the two inescapable and final alternatives of eternal life. Today, the radical, off-limit character of this view seems to oppose the debate about the existential question. Disturbing and comforting, diverse and conflicting answers can be found in Greek-Roman antiquity, the protype for European culture.

The exhibition 'To Hell!' will present ideas on the afterlife as a series of distinctive places which envisage a world beyond a strict analogy to life before death, or alternatively as a terrible or comforting counter-image to the here and now. Accordingly, they represent different notions about possible connections between the living and the dead.