Explorations in Europe
Visual Studies in the 19th Century

After two years of extensive renovations, the Museum of European Cultures is all set to reopen its doors on 9 December 2011 in its Dahlem home, in the building designed by Bruno Paul. The temporary exhibition 'Explorations in Europe - Visual Studies in the 19th Century' picks up on the theme of cultural encounters featured in the newly opened permanent exhibition, by looking at two specific examples.

In the 19th century, travelling artists and scientists set out to become acquainted with and explore other cultures. The things they saw were captured in their pictures and photographs. They also had architectural models created to scale of the constructions they found along the way. One impressive example of such an expedition is highlighted here in the oil paintings and miniature buildings by the Berlin painter Wilhelm Kiesewetter, who spent 14 years in the mid-19th century travelling extensively through North and Eastern Europe. At this point in time photography was still in its infancy, but developed rapidly, with the result that scientific photography soon replaced detailed drawings and pictures. And it was in this area in particular that scientists such as Rudolf Virchow from the Berliner Gesellschaft für Ethnologie, Anthropologie und Urgeschichte (a society for ethnology, anthropology and prehistory), left their mark. 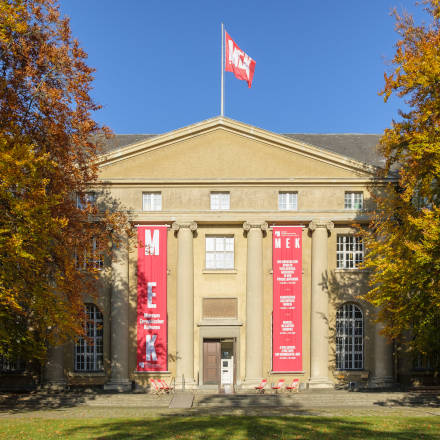 Service
Strollers and wheelchairs can be borrowed from the ticket desk.